In 2019, the Group’s total power procurement was 4,343 GWh. This corresponds to 5% of the total electricity consumed in Finland. Last year, a larger proportion of energy than ever was generated emission-free:

The average emissions of the electrical energy acquired through generation shares in 2019 were: 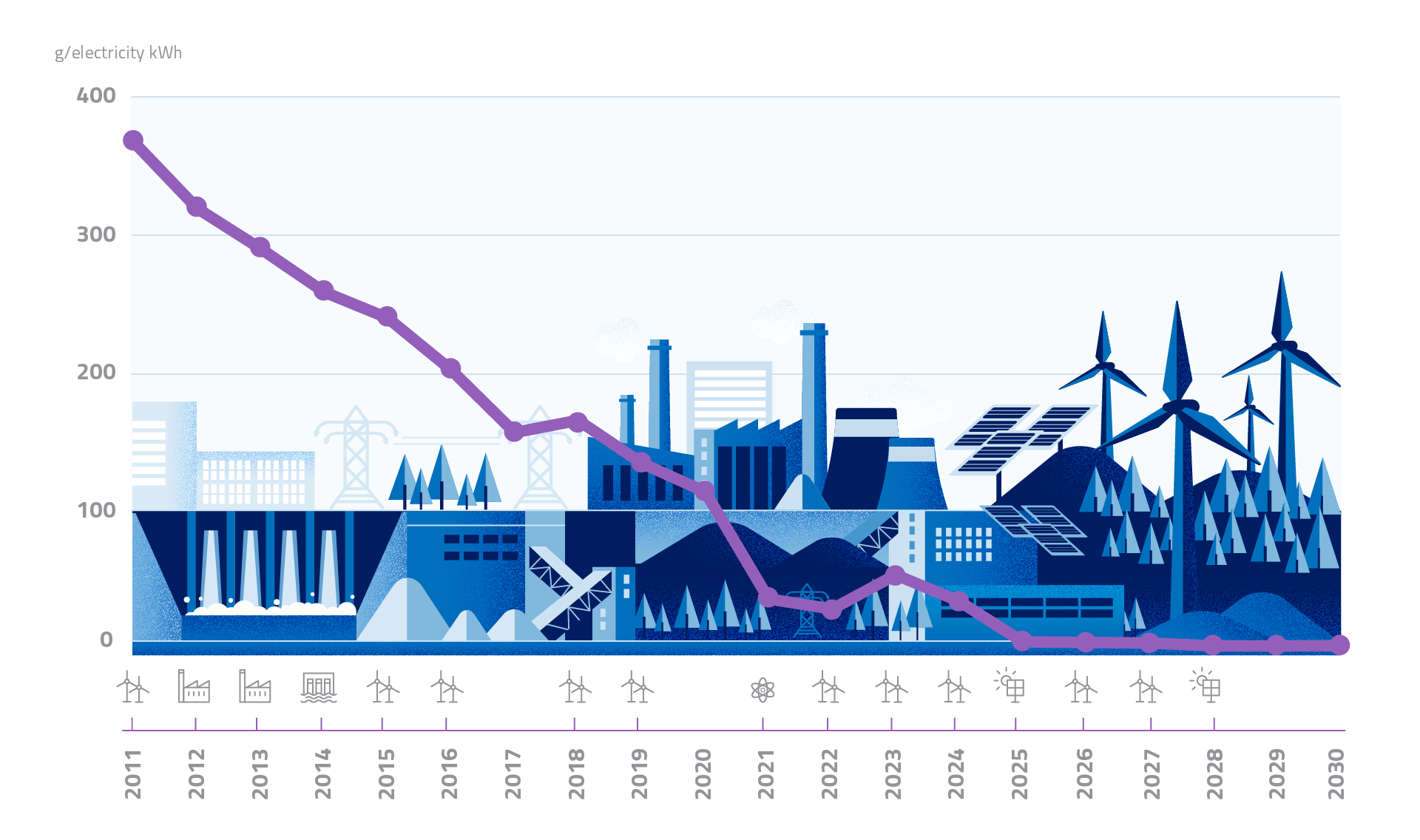 More than 65 years of experience in responsible energy generation

Founded in 1952, EPV Energy was first known as Etelä-Pohjanmaan Voima. The company’s roots are in Ostrobothnia, where the region’s electricity power plants opted to join forces as the demand for electricity grew. Over the decades, EPV Energy has expanded its operations to cover the whole country and also into Sweden.

Linkedin
Back to Top

2019 was a good year for EPV Energy in terms of electricity generation and heat production. We continued to rise to the challenge of the ambitious national climate policy and invested heavily in emissions reduction. We are preparing for a fully emission-free energy system in our strategy.

You can find out more about which cookies we are using or switch them off in settings.

This website uses cookies so that we can provide you with the best user experience possible. Cookie information is stored in your browser and performs functions such as recognising you when you return to our website and helping our team to understand which sections of the website you find most interesting and useful.

Strictly Necessary Cookie should be enabled at all times so that we can save your preferences for cookie settings.

This website uses Google Analytics to collect anonymous information such as the number of visitors to the site, and the most popular pages.

Please enable Strictly Necessary Cookies first so that we can save your preferences!